The farce is complete – Finance Minister Nene booted by Zuma

From the RDM: President Jacob Zuma has fired Finance Minister Nhlanhla Nene. The statement he issued was brief and gave no reason for the sudden move, which has sent shock-waves through South Africa’s financial community. The timing was cynical – just days after major rating...

President Jacob Zuma has fired Finance Minister Nhlanhla Nene. The statement he issued was brief and gave no reason for the sudden move, which has sent shock-waves through South Africa’s financial community.

The timing was cynical – just days after major rating agencies downgraded their view of South Africa’s financial prospects to a hair’s breadth above junk status. Make no mistake if this announcement had occurred before they had done this, they would have been even harsher.

The finance ministry and the treasury have stood head and shoulders above the rest of the public service as centres of technocratic excellence. You need a very competent bureaucracy to run the finances of a government as large as South Africa’s, never mind one beset by the challenges of a developing country finding its way in a dog-eat-dog world.

For twenty-one years, the ministers and functionaries in this institution have had the final say on what can or cannot be done within the country’s fiscal constraints.

Until now, presidents have borne criticism from the finance ministry with good humour because they have known that if there is one thing a politician cannot do, it is to wish into existence money where there is none.

Until now. In Jacob Zuma, we have a president who simply doesn’t give a damn. He wants to spend and the finance ministry must find ways to do so.

Zuma has appointed an ANC back-bencher, David van Rooyen, as his new finance minister. A political junior who has no cabinet experience, Van Rooyen has no doubt been chosen because he is simply in no position to resist Zuma’s many plans for what is left of South Africa’s treasury.

Expect him to sign off on the nuclear deal, to back SAA with money taken from somewhere else – textbooks perhaps?

As of this evening, Zuma is totally unchecked when it comes to government spending. What could possibly go wrong?

Our president’s ‘close friend’, SAA chairperson Dudu Myeni, has used her influence to have Zuma remove finance minister Nene from his position for blocking a clearly corrupt lease scheme by the (non-executive) chair at the bankrupt airline. This is very concerning, as it indicates that ministers will be prevented from performing their duties with the appropriate level of independence.

The cautious and (relatively) fiscally conservative Nene has been replaced by an obscure nobody – a Zuma puppet.

For all intents and purposes there has been a coup of the most important and vital government department. Zuma, a man with the financial literacy of a 4 year old, has seized control of the treasury. There is no telling what bizarre mis-allocation of government funds will come next.

There is a risk in the short to medium term that the leadership may actually seize control of the Reserve Bank, threaten its independence and start messing around with monetary policy.

The credit rating downgrade may come quicker than we think if our leadership allows selfish and short sighted political decisions to interfere with the country’s finances and economy.

We are on the brink of the point of no return. If we want to save this economy, and indeed the country, it is time to remove Jacob Zuma from office – by any means necessary. 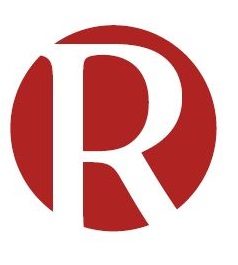 Christiaan van Huyssteen is a co-founder of the Rational Standard. He graduated with a degree in accounting from Stellenbosch University.

Five Barriers to Prosperity in Africa: Unchaining the Economy
Previous