The Orange Gaze: Science Must Fall Due To Discriminating Gravity

Written by: De Villiers Neethling. Originally published at Necro Files. By now, every Robert and his mother’s brother have seen the Science Must Fall video. Before anyone hurls abuse at the unfortunate souls who expressed these views, it should be noted that these views are not the...

By now, every Robert and his mother’s brother have seen the Science Must Fall video. Before anyone hurls abuse at the unfortunate souls who expressed these views, it should be noted that these views are not the result of uneducated minds or the legacy of Apartheid which left the majority of our population with an inferior school system.

The bitter irony is that these views originated within the academic ivory towers too, and they are very much Eurocentric. Much in line with the trend of Pomo departments thus far, they’ve had to employ some cultural misappropriation of perfectly clearly defined jargon from other fields which enjoy a higher pedestal than their own soap boxes.

A Safe Space is one of these terms. A Safe Space is invoked here, not for providing comforting surroundings for a legitimate sufferer of trauma to receive help, but in order to build a wall for an echo chamber. Somehow, this cargo cult science flew the nest and now thinks it can defy the laws of gravity.

To any interested in the TL;DR version, I suggest Explaining Postmodernism. Anyone else might be interested in the Sokal Affair and its related Science Wars. This debate has been more or less settled, I am told, and fortunately intellectual rigour has prevailed for the most part, even in the departments which had spawned this fashionable nonsense. 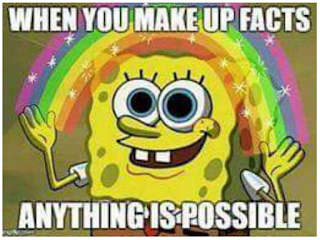 Still, there are many more versed in that one of the Two Cultures who would jump to the defence of the Science Must Fall cheerleaders, and this has been the case. I find it endlessly amusing. To their credit, the Science Must Fall ladies narrowed down and stood by views which are virtually indistinguishable from that of their bare naked monarchs whom I shall decline to gender here. They put the cat among the pigeons, and now their defenders are trying to herd cats in trying to contextualise it or plainly just by putting words in the mouths of these brave souls.

In science, when a researcher has been exposed as a fraud, he would enjoy an abrupt end to his career. This has been the case with Andrew Wakefield, who started the MRR vaccine controversy. Sadly, while his scientific career is over, there’s no shortage of suckers who are quick to part with their money. Similarly, I am not aware of a single university tenure that was lost as a result of quit frankly peddling woo, and this woo continues to woe many. But science has its issues too, I hear you say?

It is true that science isn’t perfect, but it is not true that not being subjective is one of these imperfections. Nor is it true that science is colonialism, or that Isaac Newton discovered the laws of gravity in the same way that Christopher Columbus discovered America. There is a relativity of wrong, and scientific theories are not wrong inasmuch as they are incomplete. 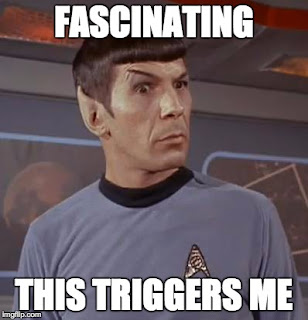 The history of gravitational theory is coincidentally a perfect example to illustrate the myriad of contributors, across space, time, race, ethnicity, – and dare I say it, class – who were crucial to Newton’s discovery.

There needs to be a term for these people who suffer from middle class guilt and who try to show solidarity with those they so firmly want to entrench in the downtrodden, disenfranchised paradigm from which only they can save them by creating awareness and making demands. Libtard or Lefty are already loaded terms, and this is not necessarily combined with the Radical Chic. It tends to have an overdose of commodification of activism, though.

Without realising or even bothering to try and consider how much collateral damage there may be within this class, or the long term effects on everyone or anyone else, they tend to just beat their own drum in blissful myopia.

A great example of this kind of person is Rachel Dolezal. In tribute to her glorious spray-tan, I’ve decided that we shall call this phenomenon the Orange Gaze. I’ve erred in the Pomo ways by defining this term too lucidly already, so suffice to say I’m always up for playing the pomo drinking game.

Tales of epistemology and loathing from the Ego Chamber

There are certainly fascinating epistemology questions in science. David Hume asked a few of those, and left them unanswered. The Demarcation Problem is another one that comes to mind.

Despite major unanswered epistemological problems, science went ahead and cured plenty of third world famine, third world hunger and put first world men on the moon. This while the Pomos are still puzzled as to what their genitalia denote. 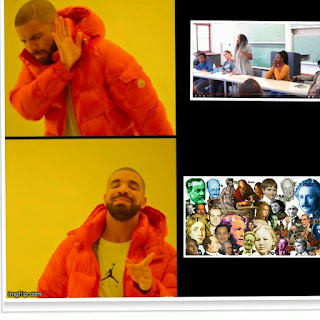 The reason why we may know in science is because science has a more solid methodology. It may have its issues too, and it is only now becoming aware of at least one of its methodological ones in statistical significance. Yet in trying to solve these riddles, one does not need to decolonize anything, unless that means getting rid of the assholes who suffer from sophism. One merely needs to do science and allow one’s ideas outside of the Ego Chamber, where they may be scrutinised and even ridiculed according to their merit.

There are enough engrossing problems in science and the philosophy of science without the need to invent more. We’ll certainly get further in solving them without burning our universities.

About the Author: De Villiers Neethling is a software developer making biltong out of sacred cows. He can’t fix your computer but he can restart it to see if it does it again. You can hurl abuse at him on Twitter (@gargunsola). He likes it.

The author of this article is a guest contributor and has generously submitted this article to the Rational Standard. Remember to Submit your Own Articles to be published on this platform.

The Hate Speech Bill: A Road to Hell Paved with Good Intentions?
Previous