What ‘Statistics’ Can’t Tell You About the Minimum Wage

The minimum wage has been dominating news headlines in South Africa recently again, after the Wits School of Economic and Business Sciences released a report in favour of a national minimum wage. The article linked says: “Drawing from a wealth of statistics and databases (including, but...

The minimum wage has been dominating news headlines in South Africa recently again, after the Wits School of Economic and Business Sciences released a report in favour of a national minimum wage. The article linked says:

“Drawing from a wealth of statistics and databases (including, but not limited to data from the department of labour, various research papers, surveys, the PALMS series and many others), the researchers were able to determine the average (mean) and median wages across industries, genders and race groups.”

“… the benefits would likely far exceed the relatively small numbers of workers who could lose their jobs as a result.”

The left, obviously, rejoiced at this news. The statistics and the databases supported their ideological doctrine that there must be a minimum wage! What excellent news!

Unfortunately, most individuals do not have a basic understanding of economics. Note that this is not an insult, for not everyone needs to understand everything.

I, for example, do not have a basic understanding of natural sciences (whatever it may be). I had biology, physics, and chemistry at various stages during my high school career, and barely passed the examinations – but I have forgotten quite literally all of it. This places me at a great disadvantage when ‘reports’ from biologists or physicists (or scientists generally) are released. When reports about, for example, the probability of us finding another Earth-like planet are released, I find them passingly interesting, but I have absolutely nothing to measure the content of the report (moreover, the report on the report) against, because I lack a fundamental understanding of the basic science underlying all of it.

Economics is not really all that different for most people.

Now, I don’t claim to be an ‘economist’ or an economics whiz, but I feel confident enough to say I have a basic understanding of economics. I grasp the fundamental principles underlying this science, which allows me to more easily identify instances where other economists or economic commentators are ‘talking shop’ (actual economics) or simply trying to deceive.

When it comes to the Wits report, you better believe that you are being deceived. And this deception doesn’t run too deep; in fact, it is a common deceptive tactic that is not only used by left wing economists, but certainly by those on the right as well. When you read words like “a wealth of statistics and databases (including, but not limited to data … research papers, surveys … and many others)” you are already being beaten into submission by the economists. You cannot disagree with them, because they are supported by the stats! The left, especially, enjoys using this as an absolute defense. “The stats supports [insert doctrine]!”

But statistics, especially if used as the basis for policy, are not particularly useful.

Dr. Eamonn Butler tells us why this is, and basically sums up the fundamental principle of economics, as follows:

“So what is really going on is that millions of individuals are making choices – whether to buy or sell, whether to spend or save a pay rise, whether to invest in a new machine, whether to hire an extra employee, and all the rest. Their choices will depend on their views and their circumstances, and other people might decide quite differently. The economic aggregates simply conceal all that great variety under a single statistical number. They tell us little, and mislead us a lot – and that is the shaky foundation of mainstream economic ‘science’.”

So, if the statistics, data, and surveys support the minimum wage, what is the real position? Professor Jim Cox wrote in his The Concise Guide to Economics, without hiding behind big numbers which serve only to mislead, what is wrong with the minimum wage:

“What the minimum wage law does to the poor is to deny to them the same freely chosen opportunities others follow for their own well-being.”

What this means, and what the statistics cannot tell you, is that a barrier to employment has been erected. Imagine the following situation:

A is a penniless and starving individual from the informal settlement TH. He has no money and is too proud to take welfare and handouts from the government. He is able-bodied and ready to work. He walks past a store and sees the owner (B) of the store is alone in the busy store, with a long line of increasingly-agitated customers wanting to get to the till to pay. Clearly nobody else is helping B out around the store, so A, after the buzz of the day has subsided, goes inside and asks B if he can work there.

A currently gets absolutely no money from anywhere, and eats food he collects out of trash cans and which compassionate motorists give him at the roadside. Therefore A is willing to work for any amount of money which could see him buy his own food. B, on the other hand, has other costs to cover. He needs the help around the store but he is not swimming in cash. He is therefore willing to pay A R2,000 a month if he could come around and help on busy days. A is more than willing to take this offer. Two days later B informs A that he cannot employ him, because the national minimum wage is set at R5,500, and that is too much for B to pay in the current economic climate. Back to the street corner, A.

This realistic situation cannot be measured in statistics, graphs, or data. No economist or researcher is recording this as it is happening. This will not be reflected in any ivory tower academic report.

Indeed, for the purposes of ‘statistical economics’, this event never happened. All that it is recording, is the fact that A is unemployed. He becomes ‘a statistic’, as people often like to say. His disastrous encounter with the government minimum wage and his ‘almost-employment’, does not appear on the graph.

However, if you grasp economic principles, like the ones described by Eamonn Butler and Jim Cox above, you know that this situation likely plays out across the country on a daily basis. The principle tells us that if we were to impose a national, blanket minimum wage, this event will be a common occurrence for many poor individuals.

The minimum wage is a government-guaranteed certificate of unemployment. The government, more often that not, knows this. In fact, it is very simple why governments choose to impose minimum wages. As Cox writes:

“The minimum wage law is a cruelty inflicted by government on a group of people who can afford it the least, while politicians reap the benefits of appearing to be kinder and gentler.” (my emphasis)

Do not be deceived by the fancy stats! of the economists who are looking at numbers (not humans) and graphs (not events). Economics is fundamentally a field of (easy to understand) principles which can be applied to most economic phenomena. Moreover, it is a study of human beings, their decisions, and the situations which arise from those decisions.

Do not be afraid of economics, and do not hesitate to call out the orthodoxy’s ‘reports’ for what they are: mumbo-jumbo with little relevance in reality. 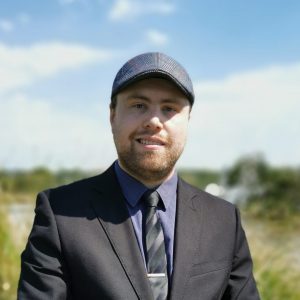 Political polls: here's what you need to know
Previous

The EFF is Not A Party Anyone Should Be Proud of Supporting
Next
Rational Standard
%d bloggers like this: